Home » General » The changing skyline of Johannesburg
General
Having lived in Johannesburg since the age of 7, which is a good 32 years of my lifetime (minus the 5 years in Europe), the Top Star Drive-In has been a landmark.  It’s one the things you see coming into the city centre from the east or west, of course being dependent on which offramp you’re choosing to use. 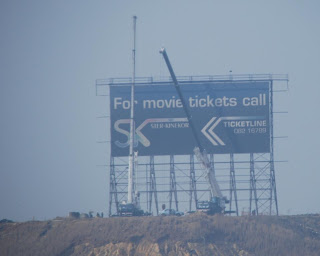 I saw many movies on that screen and can remember having huge giggles at some of the happenings we saw going on in cars as we wove our way through the cars.
I remember going with a friend and her parents and laying on the roof of the car in the middle of summer on a foam mattress with pillows and instead of watching the movies, watching the stars. 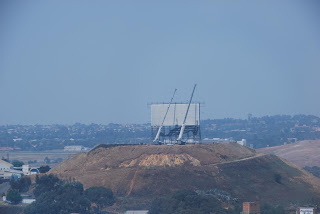 Now, it’s all disappearing along with the mines dumps around the city that are forever changing the look of the City of Gold.  Nothing stays the same some say and I wonder how this city will look for future generations who will possibly never see a mine dump and may well forget that city was built on gold afterall.
(Insert pictures taken from south side of the dump)