Home » General » Product Review : Garnier B.B. Cream
General
Have you tried BB creams?
I got to page through the USA InStyle magazine that Sharon had when they were visiting a week or so back and I saw an article about BB creams.  I was blissfully unaware that they existed but was intrigued.  My next visit to Clicks I had to look for one.  I found this one by Garnier and thought I’d give it a try.   (There is also a sample in the latest Good Housekeeping magazine – South African edition)
I first tried the medium shade, which was too dark so I got the light.  I think a shade in-between the two would be fabulous for me, so I’m mixing a little of the medium in with the light.
I find it really fabulous and not all drying as most foundations are on my skin type, which I guess is obvious considering it does say ‘hydrating’ on the packaging.  I’m still using my daily moisturiser first and then applying this on top.  Its divine … I am applying a little extra foundation around my eyes though as I need extra coverage for the dark lines under my eyes and don’t like concealers.  This product though is so light that it honestly does not feel as though I’m wearing foundation.  So, if you feel you need a bit of cover but don’t want to go with foundation, I would strongly recommend giving this a try.
I must also mention the price – a big A+ in my opinion at around R79.00.  When I consider that most of the foundations I’ve used are well over R300.00 and by the end of the day I’m flaking, at under R100.00 there has been no flaking which is a major positive in my opinion.
This product gets my personal stamp of approval. 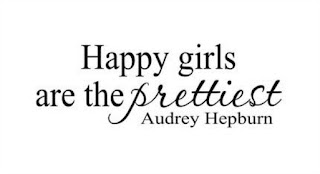 This review is not sponsored.