Home » General » Parisian Inspiration & two updates
General
I visited Paris in 2004 and fell so in love with the city, however, with four children in tow, it’s rather difficult to truly explore a city and enjoy all that a city such as Paris is made up of – between nap times, wails of ” I’m hungry, bored, I’m (fill in the blank)”, dashing to keep them from running into traffic and needing to entertain them, it was a challenge to say the least.  However, ever since, I’ve wanted to return, without the youngest bunch.  I’d return with my eldest because I think she fell as much in love with it as I did – but next time, I’ll wear walking shoes and go up and down every street and alley and walk up and down as many flights of stairs as possible to get the best views.  I will not forgo going up the Eiffel Tower, ever if it means I have to walk it or climb it.
Some time back, I was in Foschini and found this necklace and bought as a ‘physical’ reminder of my wish to return.  Previously Lisa said she’s like to see a better picture of it and as I put it down on my nightstand I remember her comment and thought I’d take a better picture so that she could see it.  It’s really what we’d call ‘junk jewellery’, but I absolutely love it.  In fact I’d like to buy a silver chain for it in time. 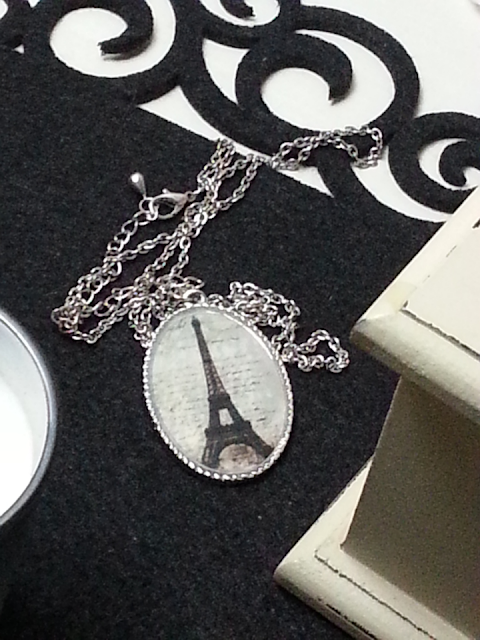 I wore it twice this week but did not get around to photographing my outfit yesterday which was made up on my red jeans, white shirt and red polka dot heels accessorised with this pendant.

But I also wore it with this look on Wednesday 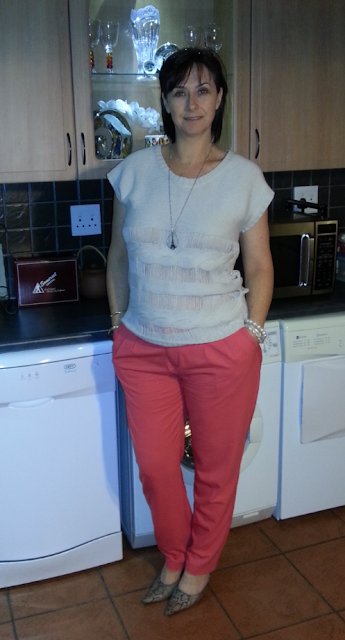 Coral Trousers : Legit
Knit top : Legit
Shoes : Kelso
Eiffel Tower pendant : Foschini (Belle & Ivy) – so hoping I run across it in one of their stores as I’d love to send one to someone I know.

On Thursday I went dotty as the temperature plummeted

Top : Contempo
Trousers : Edgars
Shoes : La Diva (but they made their last appearance as they simply exhaust my feet each time I wear them)
Pearls : NWJ

Now it’s Saturday and I’m stil in PJ’s at just afte 10am but I’ve done my banking, worked a little on my 2013 budget and blogged.  I’m hoping to catch up with all my favourite blogs through the day as well as I’m been battling to get around to visit everyone – I had a wicked week.

Hope your weekend is magical.