Home » General » Not a magic wand and 2 booboo’s
General 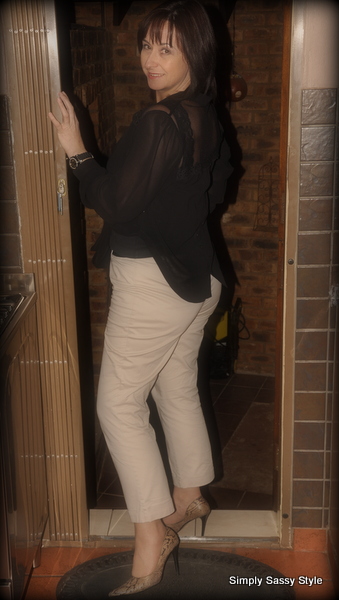 Details
Pants : Truworths
Shirt & Shoes : Edgars
Camisole : Woolworths
Schatz and I had a google when taking these photos … as I turned sideways I said to him “Make my bum look thin” and he replied “this is a camera dammit, not a magic wand” … that totally cracked us both up.  He jokes often about women always asking if their booties look big in something … I never ask that question cause honestly, my hiney is the size it is ;-).
There were two booboo’s in our family today.  This morning the school calls to let me know that my little guy has ‘bumped his head’ they say and that he’s fine, but they wanted me to know.  Great I think, a bump or lump on the head – boys.  Well, when I arrive home, my jaw drops when I see my little man … 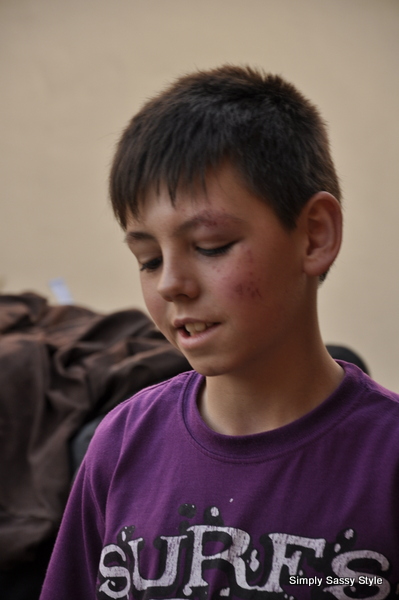 uhhh, somehow, a bump on the head does not look like this smashed up face – or am I just crazy?.  He’s going to have an awesome shiner tomorrow morning.
Booboo number 2 … 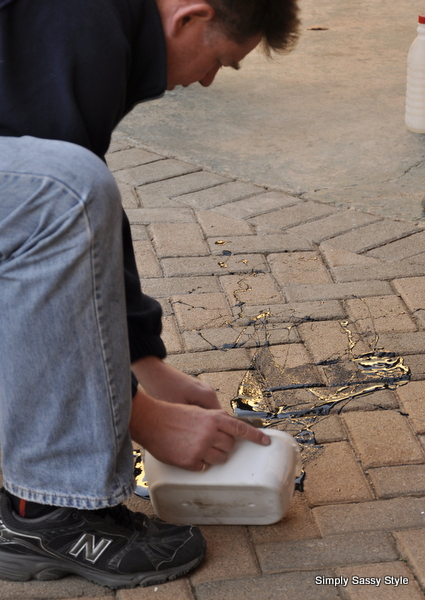 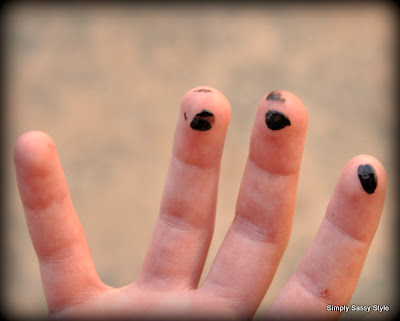 Schatz and I met at Builders Warehouse after I finished work to price blinds and chalkboard paint.  The blinds there are really expensive, so I want to get a few more quotes, but the chalkboard paint was priced well, so we brought some.  The reason for the paint is that Jazz would like his room painted black … not going to fly with me, but we’ve agreed to paint one wall black and I had a grand idea that it would be kewl if it were a paint board (don’t tell him, its a surprise).  I think it would be funky for him to draw and write notes and reminders on.
We got home and were unpacking my boot.  Schatz said we should put the paint tins down in front of his garage door.  So as I was standing waiting for Liam to take the next tin, (two stacked on top of each other) the one on top just slipped off and splashed all over the paving.  My Schatz spent ages cleaning it up .. I felt so bad… and he still took my photos afterwards … now you know one of the reasons why I call him Schatz. 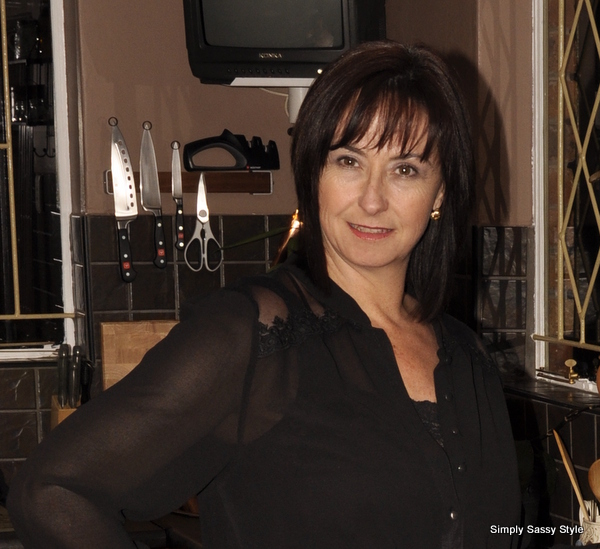 The picture below on the right was the inspiration of this look today.  The top is shorter in front than at the back and I should have asked Schatz to take closer pictures of the back of the shirt as it looks like a bit of tuxedos tail and has little buttons on the back.  I fell in love with the lace on his shirt. 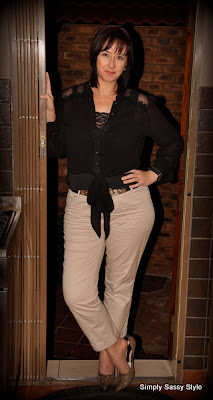 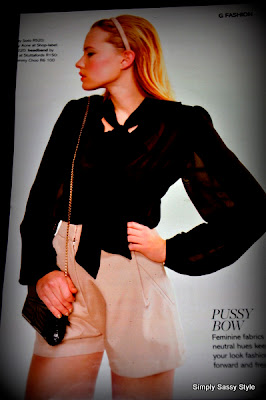 Another masculine look softened with the shirt … I just need an assistant/stylist to help when we take the photos … just to help with little things like pulling the front of my shirt to cover the cami …
Do you need a stylist?  Hope you had an oopsie free day.

5 Comments on Not a magic wand and 2 booboo’s