Home » General » Meet me on Monday
General
Questions:
1. What is your favorite all time movie?  The Shawshank redemption … Tim Robbins character Andy Dufresne is awesome. 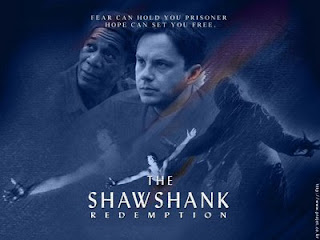 Morgan Freeman as Red – brilliant – as the narrator he tells so much of Andy’s character and the lines are simply amazing.
Lines from the movie that just make me tingle ….
Red: [narrating] I must admit I didn’t think much of Andy first time I laid eyes on him; looked like a stiff breeze would blow him over.  That was my first impression of the man.
Red: [narrating] His first night in the joint, Andy Dufresne cost me two packs of cigarettes. He never made a sound.
Andy Dufresne: Forget that… there are places in this world that aren’t made out of stone. That there’s something inside… that they can’t get to, that they can’t touch. That’s yours.
Red : (At his parole hearing) There’s not a day goes by I don’t feel regret. Not because I’m in here, or because you think I should. I look back on the way I was then then, a young, stupid kid who committed that terrible crime. I want to talk to him. I want to try and talk some sense to him, tell him the way things are. But I can’t. That kid’s long gone and this old man is all that’s left. I got to live with that. Rehabilitated? It’s just a bullshit word. So you go on and stamp your form, sonny, and stop wasting my time. Because to tell you the truth, I don’t give a shit.
.. and then the best line and reaction
Andy Dufresne: How can you be so obtuse?
The look on Warden Nortons face lets you know in no uncertain terms that their is going to be punishment.
2. How often do you go over the speed limit?
As seldom as possible, but sometimes its difficult to stay within the limit if you’re going up a steep hill as I do each morning, in a 1300 and it battles up the hill, you need to get your momentum going way down the bottom to make it up. 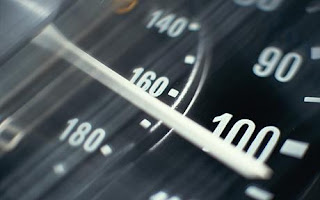 3. What really gives you the creeps?
Snakes.  Man oh man, the hairs on the back of my neck prickle at the mere thought of them.
4. What is your favorite snack?
Joghurt, dried fruit, potato crisps.
5. Would you rather be a dog named Killer or a cat named Fluffy?
rotflol … that’s so hard … some days I think I should have been born a Gemini then I’d have a ‘valid’ excuse for the two sides of my personality.  It’s all dependent on the mood I wake up in … I could easily be both.

3 Comments on Meet me on Monday