Home » General » Luck and lustfulness
General
Luck is when opportunity knocks and you answer.
~Author Unknown
1.  Luck
Yesterday during the afternoon G-man called to tell me that he had recieved an sms from our local Spur advertising that there was a chance he could win a bike if we had dinner there.  I said my budget is a little tight and we’re on month-end salticrax and he said as is his, but he’d check and see if we could wing it.
So when he got home, he duly checked his account and said we could go for dinner.  So off we went.  When we got there, the boys were told to colour in a picture and make sure their names were on so that they would be in the draw for the bicycle.
At 19:00 all the children under 12 gathered around the manager in the same row we were sitting in and were told to fold their pictures, then fold them again, and again.  They all put their pictures in a big ice bucket and we handed lucky packets.  At least 20 expectant little faces, ranging in age from looked like all of two years old to 12 huddled around waiting.
The manager asked, ‘who is naughty’ and our little guy Liam was the old who responded and said he was.  So, the manager said he needed to come out of the crowd since was honest.  A little embarassed but full of smiles, Liam stood on the next table and the manager shook the ice bucket, then lifted it high in the air, and told, who was on tippy toes, to put his hand in and draw a out a picture. 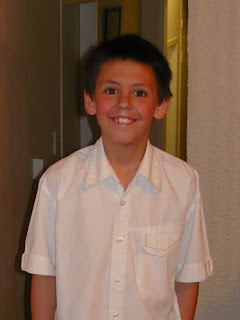 And of course by now you’ve guessed it, he drew out his own name.  He was stunned, as were we and the manager. 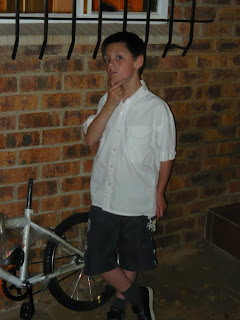 So, last night he got to take home something he’s been wishing for, his very own bicycle. 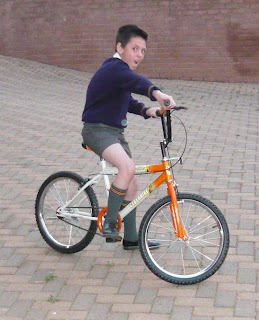 (This picture taken at 05:53 – he could not ride earlier as the seat was too high)
2.  Lustfulness 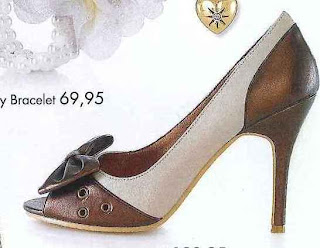 I fell in lust with the shoes pictured above last night.  Anyone who knows me, will know that these are the perfect colour, style, heel for me.  So when I showed them to my G-man he said he’d buy them for me.  Oooh, he scored BIG brownie points.  And, they’re not too pricey either at a mere R199.95. 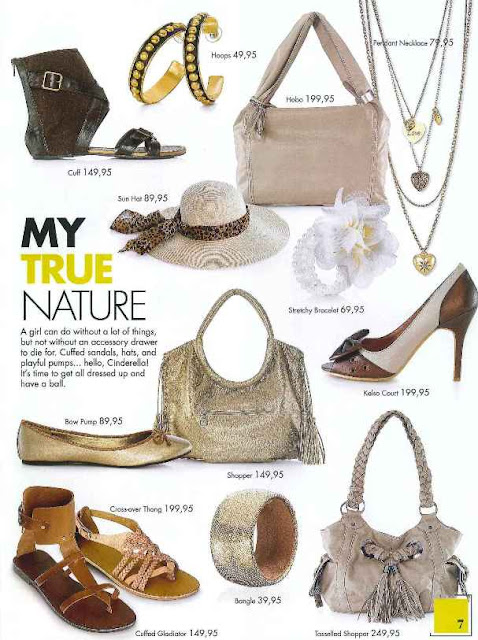