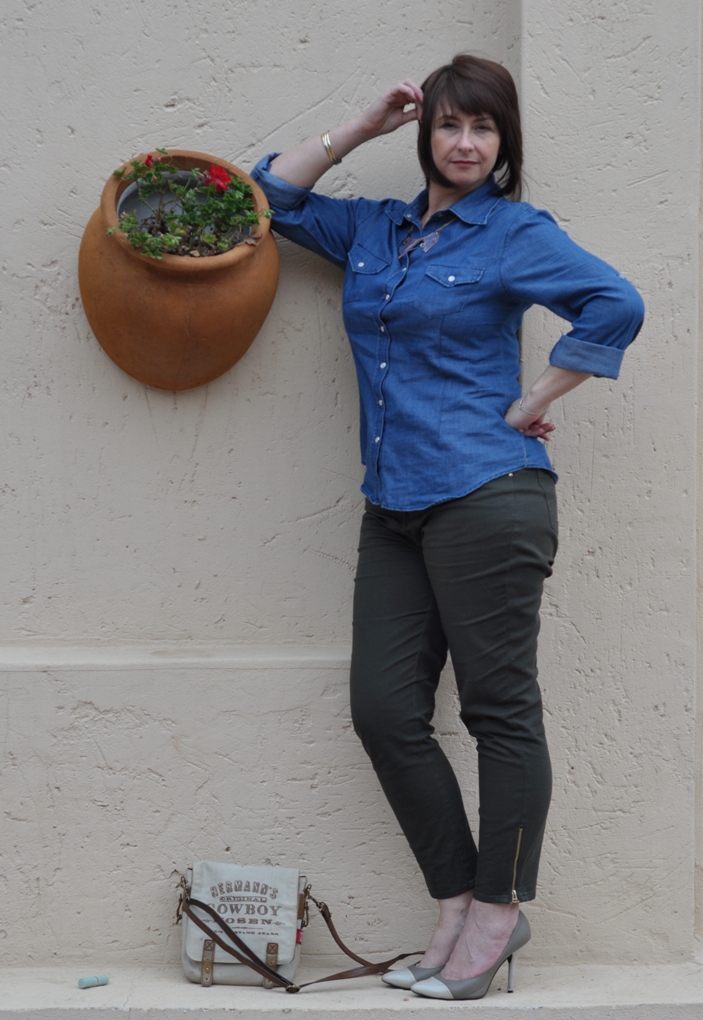 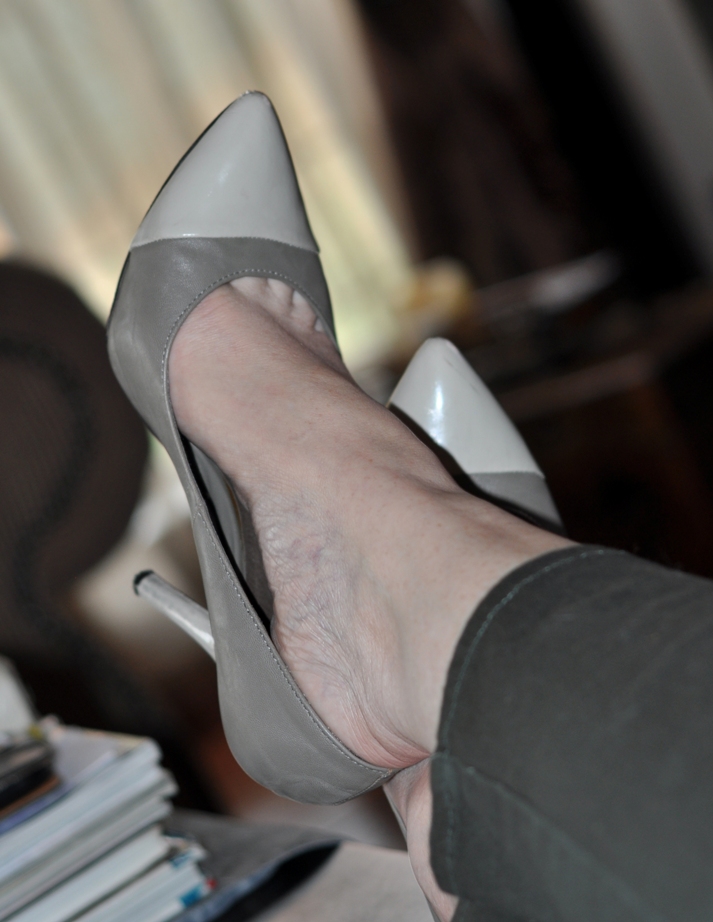 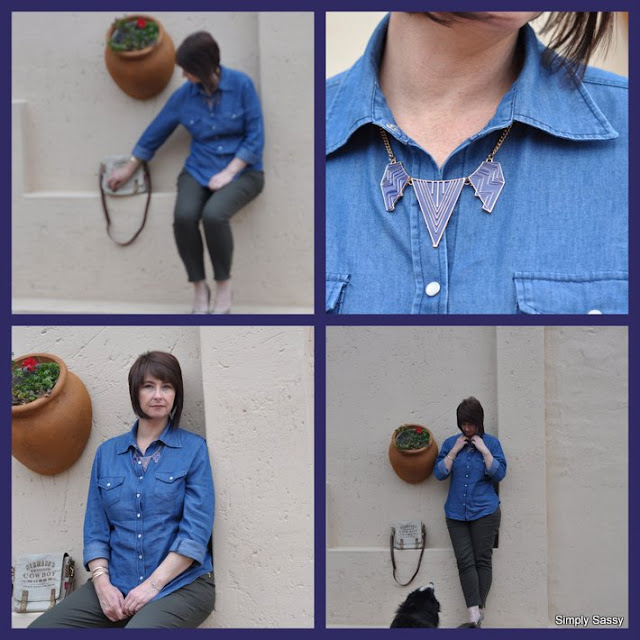 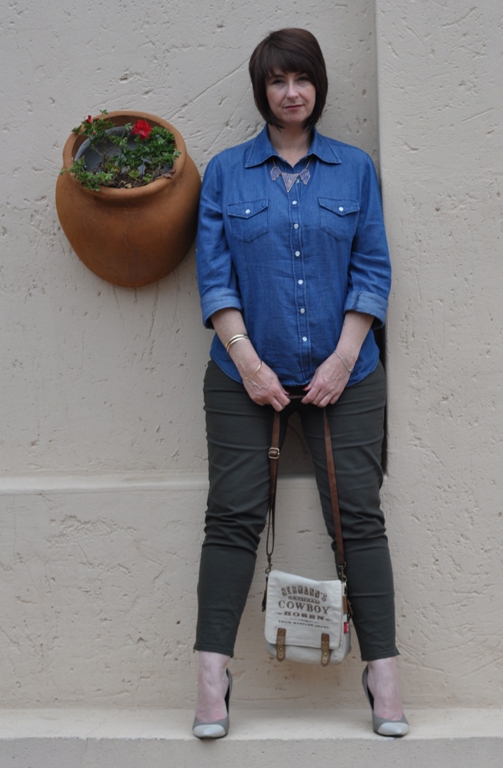 THE FINISHING TOUCHES:Necklace : LegitBag : A little satchel that Taryn was throwing out some years back.  Its great for the basics – purse, phone, tissues and lipstick.

THE DAY PLAN : After battling headache and migraines since last week, I decided to go to the salon at gym and get a flowtron treatment.  I was going to cycle as well, but was feeling too out of it, so skipped it and instead headed home to a hot pressure shower and dress as I had a date with the scissor gal.  It was past due and after much backwards and forwards within myself, I decided to stick with my usual gal, however, I decided for my own sanity and the queen in me, I needed to see her at the salon.  Its just what I needed.  I must admit, I love the whole wash and head massage and blow dry.  I’m very happy with my cut.
Since I did not have much else planned and since these trousers came home at last from the tailor last night and with the weather being a little cooler, I decided to go for this rather sombre and severe look.  I really enjoyed the look.
THE VERDICT : I bought the pants with money I got for my birthday and after their first wear, decided to have them made a little smaller and the material stretched like crazy.  They’re a gorgeous comfy cotton with zippers on the ankles.  You really don’t feel like you’re being strangled from the waist up by the end of the day.
The shirt is my one and only, therefore by default, favourite denim shirt.  Its really has been a great buy as I’ve worn it on numerous occasions and it never disappoints.
Luckily I didn’t have much else planned as the shoes are really just for show more than actual walking, but they’re so worth showing off despite their simplicity.
Hope the rest of your day was just fabulous … tap tap, we’re heading to the long weekend and then we’re on the coast for four days – we’ve kept it a secret from the boys for more than two weeks and finally let the cat out of the bag last – they’re so excited- as am I!
THOUGHT FOR THE DAY: 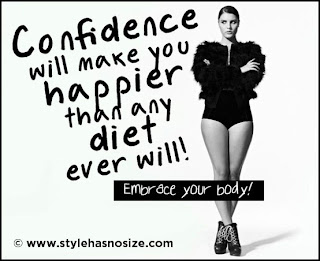 6 Comments on Khaki ankle grazers, a denim shirt and a new haircut