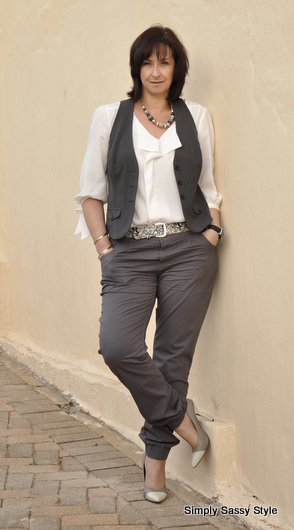 I’d planned to wear a royal blue skirt I’ve only worn once, with a black and white striped t-shirt. but when it came to getting dressed, my soul refused.  I think part of the problem is that I don’t like the cut of the skirt, but am crazy about the colour.

I then of course was a little behind and could not decide what to wear.  I first considered a cream pair of pants, but as I was putting them on, they felt wrong for the day. 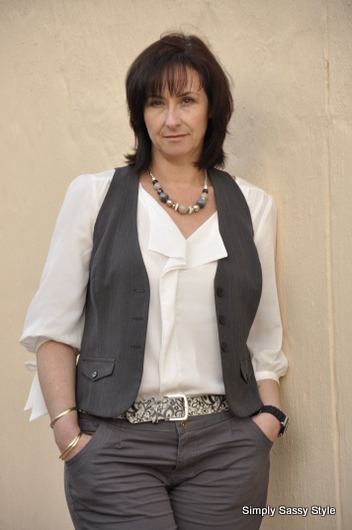 I think just about every woman I know understands the feeling.  Its mornings like these that can easily go awry.  But, I was out of faffing time, so I had to pull it together and get out the door.
When I got home, Schatz was busy washing his new ‘toy’.  He bought himself a bit of a classic looking bike … it’s apparently a combination of bikes and parts.
It needs some work done before he can ride it, but I’m happy for him. 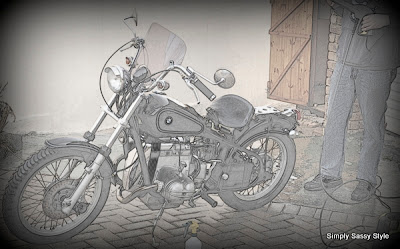 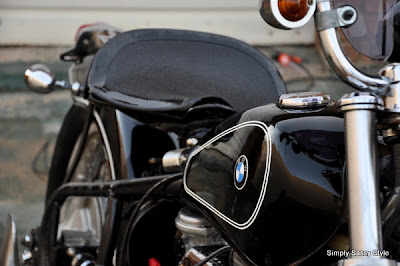 Well folks, I’m going to snuggle down for the evening.  Hope your day has been awesome.
Don’t forget to say Hi.