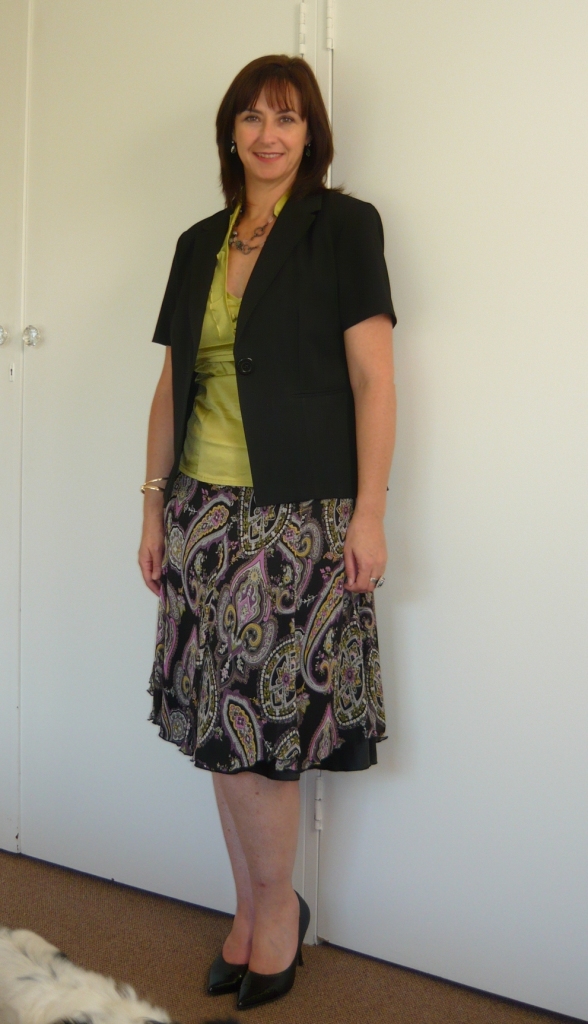 was previously worn like this sometime around November last year.

I think todays look was more sedate 😉
I love this skirt.
It’s a bit flowy and rather feminine and I love the design on it.
I like wearing it in winter as well with a polo neck and long boots.
Most people are surprised by the lime green top with the purple. 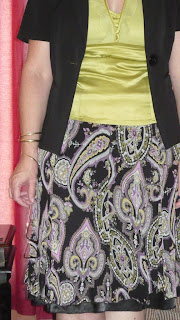 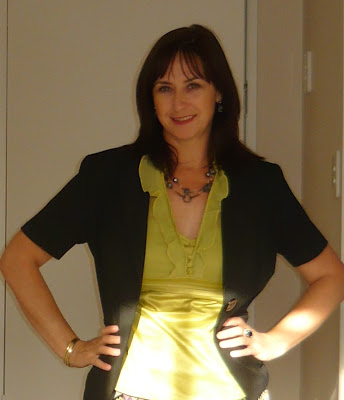 My earrings are from Justine … Ring I think from Edgars, Necklace from Woolworths

and once again, I do believe except for the accessories, it’s another Truworths outfit. 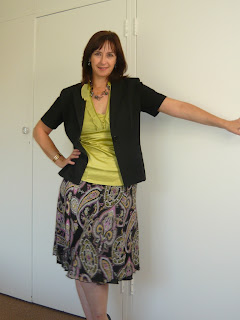 My little guy got his new glasses today.  He managed to lose his previous pair and they were super funky.  Purple and black frames with a flame design.
These are rather cute too 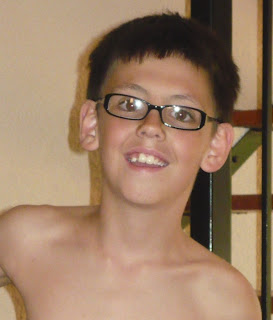 The goodies below are for Jarod to raffle at school.  The grade 6’s raise funds for the grade 7’s farewell at the end of the year.  I got the goodies below and my sister packaged them and he’ll raffle them at school.  There’s a cute teddy, a mug, a book, chocolate heart shaped suckers and the little ornament right in front.  On Sunday I’ll be making pancakes (crepes) as well for him to sell to raise funds.  He’s going to do really well – he’s already sold 11 tickets of the raffle and he has not even taken it to school yet. 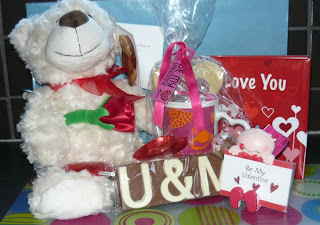 So since it’s almost the craziness of Valentine’s … what do you have planned?
G-man asked today if we’d be able to get someone to watch the kids on Sunday as he’d like us to celebrate on Sunday since I have class on Mondays … I have no idea what he has in mind.
I can say here that I bought him a clock (man it reads rather boring) which is rather cute and was so excited that I gave to him yesterday already.  I want to get him something else but am I little stumped as to what.
Well, that’s all from me for now … I’m now going to head off and curl up with my Elle and She magazines.
Have a stunningly stylish day
﻿