Home » General » Dang … it’s Monday
General
And although it’s slowed a little since the other secretary is back, I’ve been pretty busy.  New boss, new way of playing the game.
We’re heading towards the end of term and the little people’s dad is heading from his side of the pond to visit them next week.  The boss are sitting on the other pc looking at a game site and discussing which games they’d like … it’s amazing how much cheaper PSP and Wii games are from the states.
Today was pretty warm, but since I allowed another collegue to use my heater, I’ve been chilled in the office.  I really must go and get another heater.  The building supervisor turns the aircon/heaters off over the weekends, so Mondays are always super cold.  My tootsies still feel a little frozen.
I finally took a picture of my hair – it’s a ‘slanted’ layered bob, is the best way I can describe.  Its always a battle to get the front bit to behave how it’s expected to 😉
The little man was watching as I took my photos, then Miss Bean arrived and was saying ‘pose like this, pose like that’ … they sure were enjoying themselves.
So here’s the look 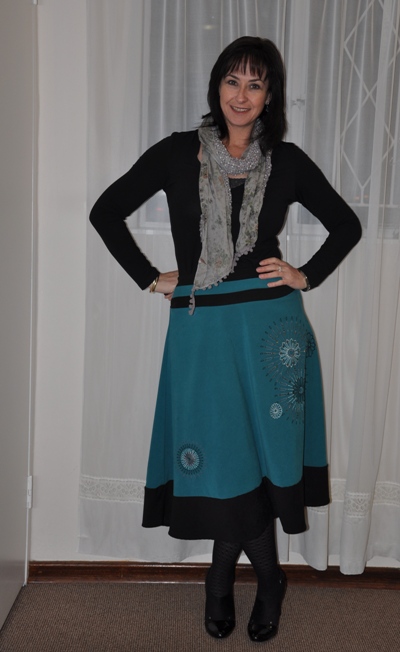 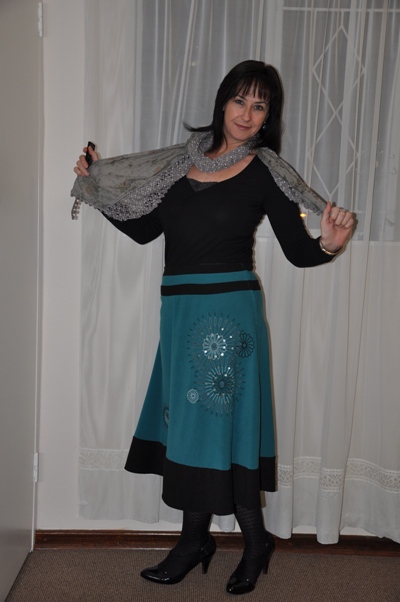 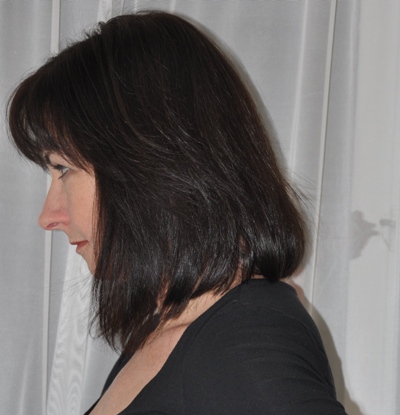 Details : Skirt : Legend at Makro | Top : Pick ‘n Pay | Scarf : Pick ‘n Pay | Booties : Woolworths|
I did not do any wardrobe planning this weekend, so this was a grab and go look for today.
So I have worn the skirt, shoes and top before but not the scarf – it was a real cheapie from Pick ‘n Pay and I saw similar one’s at three times the price this past weekend.  Seems I like wearing the skirt with a grey top ;-).  I have considered other colour options, but then get a little apprehensive and go the safe route – maybe I should haul this skirt out when I’m in a sassy mood. 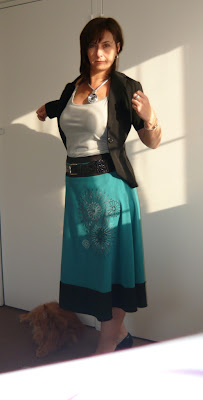 I stopped by the Mall this afternoon and was super disappointed as neither of the jackets I saw at Bedford Gardens were stocked at my local Foschini :-(.  The young lady at the jewellery counter said I should try the big branch in town … but it’s really far from my office and not possible to do in a lunch hour.  Rather bummed I am – I also went in to Queenspark and they had the red belt, but in a large (which was the size at Bedford Gardens) and x-large!  So disappointing.  And, even though there are red jackets and coats all over the place – they are not the one I saw and wanted.  Shall keep hunting though.
Well, little people are getting into bed and I’m going to attempt to read through my work – exam on Wednesday and in all honesty, I’m about 25 – 30% prepared … sigh … I have been having an incredible battle focusing when I sit down to study.
Well, hope y’all had a fabulous Monday … ’til next time … be stylish, be real, be you!