Home » General » Current favourite item …
General
in my wardrobe is proving to be the soft pink blazer I bought.  It’s just such a divine soft shade and oh so comfortable. 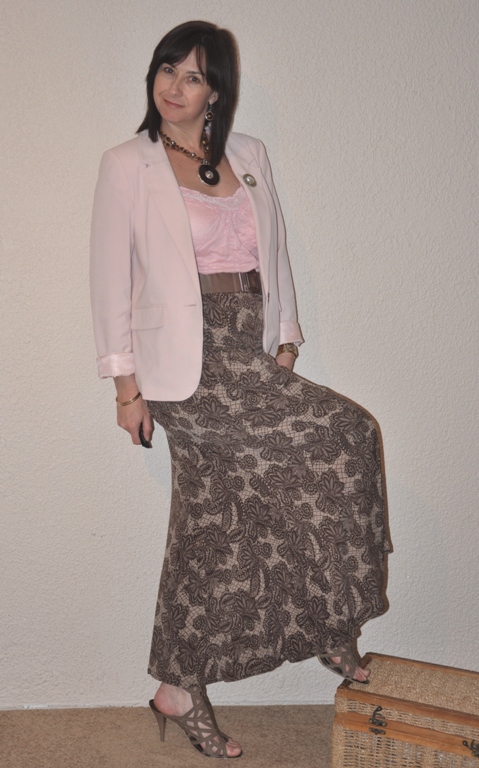 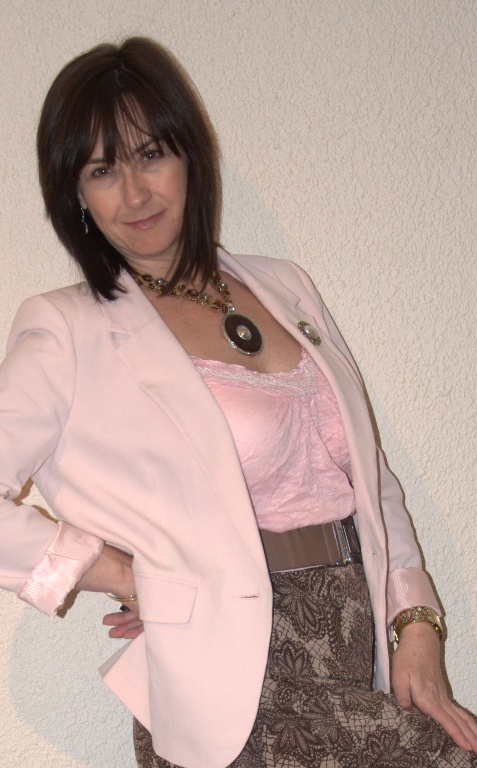 For the first time in ages I actually straightened my hair this morning, then had to do a quick trim of my fringe as I could barely see out of my eyes.  You can just see me peeping out under it here … I’m really quite impressed at how neatly my hair grown out especially considering I have not had it cut in two months.  I must give Kerstin credit – she’s cuts really well.
Today we were pretty worried as our big ginger boy was nowhere to be found.  He usually waits outside the bedroom door in the morning to greet me, then demands breakfast and a few strokes.  But this morning, he was nowhere to be seen.  Berticle said he’d been at  his bedroom window early in the morning and he’d opened for him, but he was nowhere to be found.  I called home twice during the day and still he had no appeared.  While upstairs a little while ago he came strolling in … such relief.  He has not wandered since we moved here two years ago but has in the last few weeks been venturing into the garden.  Its good that he’s being a big boy again, but boy he had me worried.

Well, not much else is news here … the days over and it’s time for all good girls to head to bed.

Hope your week has started off great … ’til next time, be Fabulous!