Home » General » Black skirt and grey
General
I’ve been absolutely itching to wear this skirt (remember my request for stylistas input back in December) and considering I got it in December, and its already March – it was high time I did.  It’s helped that I’ve lost two kilos as it was just a little tight around the waist initially.
I’ve pondered and wondered and thought about what to wear with this skirt, then it dawned on me to keep it, as some suggested, “simple” so as not to distract from the skirt but to rather draw attention to it so I decided to keep it simple with a grey t-shirt and plain black court heels.  How do you think I did? 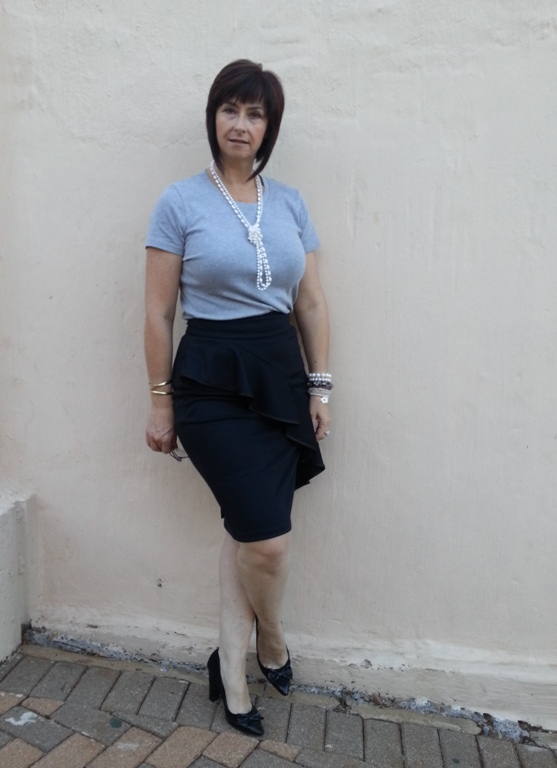 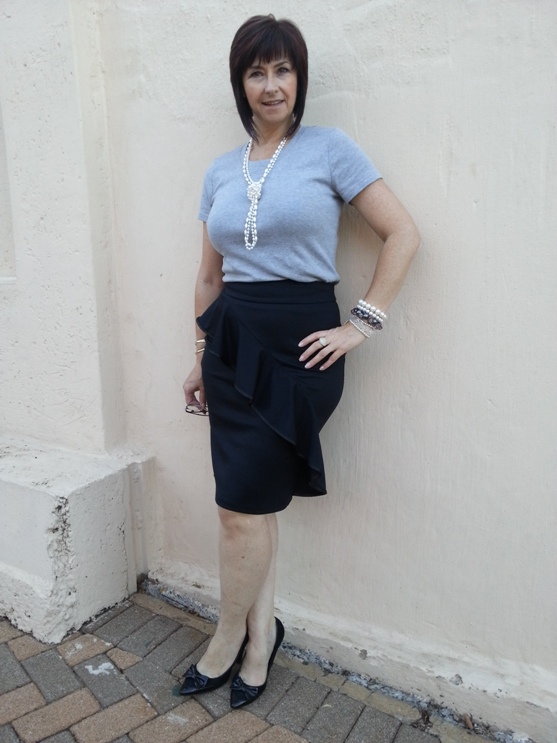 Sigh – we don’t do daylight saving here in South Africa and the sun is waking up a little later each week and I’m finding myself lying in bed listening for the chatter of the birds, however, with the sun waking later, they too are waking later – so why do I have to wake at the same time still?!   🙂
Hope your day was fabulous … hugs

4 Comments on Black skirt and grey